Share a memory
Obituary & Services
Tribute Wall
Read more about the life story of Dale and share your memory.

After a lengthy battle with Pulmonary Fibrosis and COPD, it is with heartfelt sadness that we announce the passing of Dale Kolberg on January 1, 2023, in the care of Riverside Health Complex (Hospital) in Turtleford, SK. Dale was born in Biggar, SK., on June 20, 1948, to Frank and Coral Kolberg. He hired on with CN Rail at an early age where he put in 37 years of service.

On June 25, 1977 he married Kathy Foster, and together they raised 3 children, Stephen, Heather and Jason. Dale was raised on the family farm south of Biggar. Dale's love for farming continued throughout his life, whether it be on the family farm, the farm at Fort St. John, or helping friends in Biggar and Edam, SK. Although farming was in his blood, hunting and fishing was where his heart was. It was not uncommon for Dale to log 12+ hours per day in his fishing boat or in his ice fishing shack. His love for fishing led Dale to do some guiding in Northern Saskatchewan, and to partake in many fishing derbies throughout Saskatchewan, the last derby being the 218 of June, 2021 at Turtle Lake. Dale was active in the community with Kinsmen working at many Telemiracles, and volunteering for minor sports. He loved spending time with his wife and kids, watching their sports including hockey, ringette and ball. Together they enjoyed family ski trips to Panorama and Whitefish with friends, and many road trips to the U.S. for holidays and visits with relatives in California, Texas, Washington and Oregon. In 2001 Dale and Kathy purchased a cabin at Turtle Lake. Summers were spent fishing in the boat and winters in either the ice shack or sledding on trails. Following retirement, they enjoyed many winters in Costa Rica, but always home in time for the last few weeks of ice fishing.

Dale is predeceased by his parents Frank and Coral Kolberg, his father-in-law Bill Foster, and his mother-in-law Luella Foster. He will be lovingly remembered by his wife Kathy, their three children, son Stephen, daughter Heather Callicott (Tyler) and granddaughters Reese and Claire, son Jason (Ashley) and granddaughter Lennix, his sister Delores Kegan (Ron), sister-in-law

Marcia Hunter, brother-in-law Warren Foster (Bev), and many nieces and nephews. Burial service to be held in the spring. In lieu of flowers donations can be made to the Lung Association of Saskatchewan or the Canadian Cancer Society, Saskatchewan Branch. Arrangements entrusted to Gerein Funeral Service.

To send flowers to the family or plant a tree in memory of Dale Barry Kolberg, please visit our floral store. 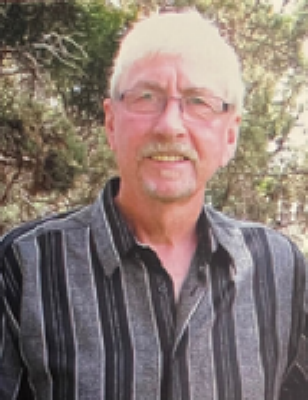 Family and friends are coming together online to create a special keepsake. Every memory left on the online obituary will be automatically included in the book.

You can still show your support by sending flowers directly to the family, or by planting a memorial tree in the memory of Dale Barry Kolberg
SHARE OBITUARY
© 2023 Gerein Funeral Service. All Rights Reserved. Funeral Home website by CFS & TA | Terms of Use | Privacy Policy | Accessibility